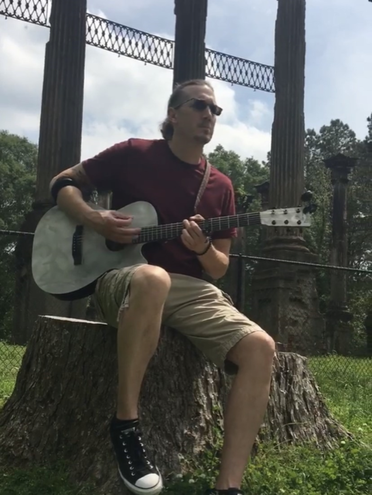 It’s hard to explain how I’ve never allowed Christ to be the Lord of my
life until April 10, 2019, but it’s the truth. I somehow managed 49 years
without really giving in to the Lord. And yet, I was raised in the church.
I was baptized at 11 and then again at 17. But somehow it wasn’t real.
I didn’t get it. I do now.

After two failed marriages, I was completely lost the last year.
Everything had become gray. There was no black or white for me. And
then on April 10th , after reading Proverbs 1 and 2 from my King James
bible (which I don’t particularly like) I fell to my knees in my shower
overwhelmed with emotion finally facing what I had done and become.
I realized that I had never been a Christian husband or father. I had
never put God at the center of my life much less my marriage. I
realized I had been doing almost everything wrong my entire life. And I
realized it in the time it took me to stand. It doesn’t make sense, but
when I stood up, I was no longer me. I was changed.

Christ was in me and I wanted his will in my life. In many ways, God saved me that day, but it hasn’t been easy. After living in darkness for most of my life, it’s not fun stepping into the light and taking accountability for the things you’ve done and not done. I’ve finally realized that God truly loves me and wants a relationship with me. As I have started praying and reading the bible multiple times a day, everything has started to change for me. I am no longer controlled by my emotions. A friend gave me a book on forgiveness, and I have started freeing myself of the debts I have been carrying around that I felt others owed me. I no longer feel that way. And every time I forgive someone, I feel better. I feel free of that burden. As I have begun asking God for his will and direction in my life, He has shown me multiple times that He is with me and wants to bless me.

Before all this happened, I had made plans to move to a larger apartment at the end of May. After the recent divorce, I didn’t think it would be possible for me to buy a home anytime soon. Five days after I fell to my knees, I bought a house. It was on the market 1 day. God gave it to me.

As I have opened my heart to God, He has put people in my path so that I could be His hands and feet and voice. This would have NEVER happened before because I wouldn’t have allowed it. This past week, I came across a young man weeping at a gas station where I was working. There were others around closer to him, but no one was reaching out. So I simply walked over and asked if he was ok? Could I do something to help him? He looked at me with tears in his eyes and told me that he had just received word that his father had passed. I did not know this young man. But I hugged him and asked if I could pray for him. I was able to be Jesus for him in that moment. As I walked away, I had a feeling of peace I can’t explain.

I am new in this life, but I can tell you that simply opening your life, heart and mind to Christ can open doors that you can’t imagine. I am free of being controlled by my emotions. I am free of the guilt and  shame I have carried for over a year because I know I am forgiven by God. I am free of holding grudges and hard feelings towards others as I
have learned to really forgive as Chris forgives. I am free.
Our Mission
To seek restoration for individuals and families through meeting the spiritual, physical, emotional and financial needs of people that God brings to our ministry.

The King will reply, ‘Truly I tell you, whatever you did for one of the least of these brothers and sisters of mine, you did for me.’ Matthew 25:40

“Give, and it will be given to you. A good measure, pressed down, shaken together and running over, will be poured into your lap. For with the measure you use, it will be measured to you.”    Luke 6:38